The company SEKADO s r.o. was founded in the year 1992, being a commercial company specialised in eastern market, especially the countries of the former USSR.

The activity of the company in the years 1992-1993 was aimed at commodities, which were at the time scarce on this marked and were demanded by our partners. These were food products, building materials and so on.

In the year 1993-1994 the company started to specialise in exporting of so called “Beer materials”, such as Czech Malt and Zaaz Hops and Kieselguhr filtration materials as well.

In the years 1996-1997, our company was contacted by many other czech producers in this branch and asked for help in gaining contacts to the eastern market. In a relatively short time we managed to gather few important czech companies and under a label “Czech beer” present ourselves and take part in many traditional exhibitions, which take place in Russia in cities, Sochi, Moscow, Saint Petersburg and taking place also at International Brewers exhibitions in Nuremberg, Munich and in the others countries round the world. At these exhibitions and presentations, our company was awarded many medals and diplomas for the excellent quality of the exported “Czech malt”.

The company has based its strategy on the ability of flawless communication and gaining contacts with russian partners, which has led, after years of intensive acquisition, to creating “Know How” towards eastern market.

In the past 20 years, however, the situation on the eastern marked has changed. With incoming globalisation and following capitalization 80% of Russian breweries were privatized by multinational companies such as INTERBREW, HEINEKEN, SABMiler and others. For that reason, our company has been pushed to focus on importing malt directly to the remaining independent breweries and also to the new formed segment such as “Small and mini breweries and mini-breweries ” or rather to their local suppliers and distributors. We have also focused on import to further places such as Uzbekistan, Turkmenistan, Kazakhstan, Georgia, Republic of Azerbaijan, Armenia and the others. The company SEKADO s. r. o. during 20 years of operating on eastern market, has engraved into knowledge of its costumers as a reliable supplier of perfect quality Czech malt.

With the change of character of our customers the structure of deliveries has changed as well. From delivering malt in Bulk to delivering mostly bagged malt packed in 50kg and 25kg bags, mostly malt of Pilsen style, special malts, such as Caramel, Munich and Roasted malt delivered in trucks, special wagons or 40” containers.

In the year 2012, an important agreement of cooperation was made with major Czech seeds group “Druzina” leading to a common long term rent of “Malting plant Tabor“. Annual malt capacity production of this malt house is around 12000 MT. One part of this production is for the local market and the other part of the production is for export, which is realized by the company SEKADO s.r.o. Significant benefit of this cooperation is the possibility of selection process of the finest malting barleys resulting in possibility to offer our customers the highest quality of malts.

Now we have also three primary distribution centers in the Russian Federation located in Moscow, Novosibirsk and Kropotkin.

In cooperation with the Polish company KEG Service from Wroclaw, we are attracting new customers on the Polish market as well. 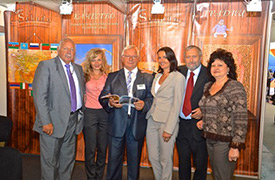 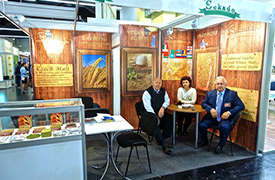